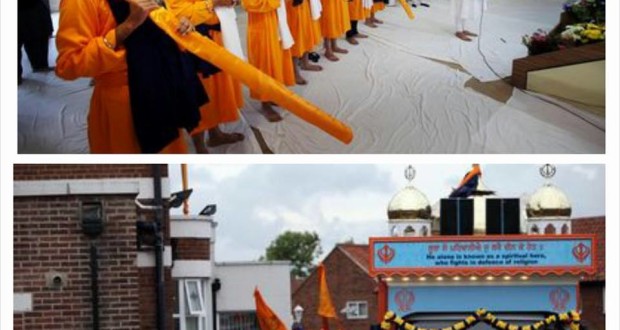 UK: The fallen of the Great War were remembered by the Sikh community in Newcastle with a colourful march through the city.

The commemoration of World War I can often be a solemn occasion, but one event held in Newcastle saw children singing and a colourful procession.

Sikhs in the North East remembered their community’s dead from the conflict with a Nagar Kirtan ceremony through the streets of Gosforth and Fawdon.

It was only the second time that the local Gurdwara has held the festival and followed the success of a previous celebration in November last year.

He said: “We wanted to remember the Sikhs who gave their lives in fighting for our British Army in World War I.

“It was a very colourful ceremony where we took our scriptures around the neighbourhood singing devotional hymns.


“We had a great turn-out, lots of people were interested in what we were doing, and the rain for most of the time held off.

“We handed out leaflets explaining what happened because not everyone knows the contribution made by Sikhs to the war and it was an opportunity to tell people what we did.”

The festival was also a chance to remember Sri Guru Hargobind Sahib Ji.

He said: “The Nagar Kirtan celebrates the birth and the life of the sixth Guru, Sri Guru Hargobind Sahib Ji, as well as remembering the Sikhs who were killed.

He said many Sikhs settled in the North East after serving in the British Army in both conflicts. Mr Singh’s own grandfather was a soldier and the family were proud that he had served.

The Guru, he said, encouraged followers to stand up against tyranical oppression.

Over 130,000 Indian troops, many of them Sikh, fought in Belgium and France during World War I. Many would be killed and in the battle of Neuve Chapelle in France in 1915 the Sikh regiments lost 80% of their men.

Previous: A 103-year-old Sikh marathon runner is urging people from all faiths to join a peace marathon calling for an end to war.
Next: Hate crimes against Sikhs: SGPC seeks Centre’s intervention 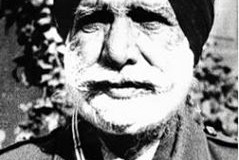