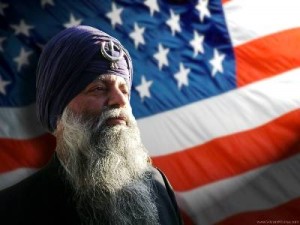 Comments Off on New York Assembly Bill Would Allow Sikhs To Serve In Police, Other Government Jobs 239 Views

New York, USA: Assemblyman David Weprin, D-Queens, has introduced legislation allowing people with religious clothing and facial hair to serve in the police and other government jobs. The Bill would allow Sikhs to serve in police, other government jobs. The proposal comes after a Sikh man was run over last month by a truck driver yelling hateful comments. The Sikh community has turned its anger into a call for change.

“New York City does not have accommodation for the people like us,” said Harpreet Singh Toor, a Sikh who works on Weprin’s staff. “That is what baffles. And that needs to be taken care of.” Joseph Caleca, 55, of Setauket, has been charged with attempted murder and felony assault, both as hate crimes, in connection with the July 30 incident in Ozone Park, Queens. Caleca was behind the wheel of his pickup truck when he got into a verbal argument with 29-year-old Sandeep Singh because Singh’s car door was blocking the street, police said.

Police said Caleca allegedly got out of his vehicle to confront Singh and his friends. Singh told police that Caleca called him a terrorist and shouted “bin Laden, go back to your country” before mowing him down, 1010 WINS’ Mona Rivera reported. Caleca dragged Singh several feet before fleeing the scene, police said. The victim’s brother told Kosola on Thursday that Singh’s recovery is going slowly and his body temperature still has not stabilized.

Previous: Sri Akal takht and SGPC Jatehdars stay away from Bhai Dilawar’s bhog
Next: Another Sikh gunned down Pakistan