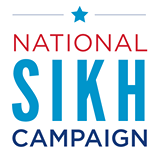 Washington, Dc, USA: The National Sikh Campaign will host a national meeting of all the Gurdwara Sahibs in Washington D.C. on August 16th. The purpose of the meeting is to engage the entire community to join in on a major push towards changing the perception of Sikhs in the USA. The National Sikh Campaign has hired President Obama’s media firm, AKPD, which was founded by David Axelrod, the President’s former senior adviser, and Hilary Clinton’s former Chief Strategist Geoff Garin. They will be working to run a historic, presidential style campaign for Sikhs to highlight the community as an integral part of American Society. The National Sikh Campaign is inviting a few select prominent Sikh leaders to participate in a closed-door strategy session with Mr. Garin and AKPD, the purpose of the meeting will be to chart out a strategy to engage the Sikh community to the largest PR campaign in the USA.

Sikhs have had a long presence in the USA, and are quite successful, but most Americans do not know who Sikhs are, and the contributions they have made in America in the last 200 years. Many Sikhs lead major corporations and have created jobs, wealth, and have been doing so for many years in the USA. Sikhs are pioneers in many fields and regularly make differences in their communities. However, Sikhs have never told their story to the American people, and despite the efforts of the Sikh Community since 9/11, Sikhs are still associated with negative perceptions; the National Sikh Campaign believes this has to change. The National Sikh Campaign is organizing a massive, well-coordinated, strategically designed campaign to put Sikhs in the most positive light possible. This proactive campaign will display Sikhs as vital members of American society. It will lay the groundwork for the next generation of Sikhs to succeed and become leaders in America. This strategy session with Hillary Clinton’s former Chief Strategist, Obama’s campaign, and AKPD representative is scheduled for Saturday, August 16th at University of Maryland at Shady Grove Conference Center, 9630 Gudelsky Drive, Rockville, MD 20850. The meeting will start at 10:30 AM and will conclude at 4.30 PM.

A session for meet and greet has been scheduled at Guru Gobind Singh Foundation Gurdwara Sahib in Rockville, MD, which is blocks away from the meeting venue. The evening session on August 15th at GGSF will be from 5.30 PM – 7.30 PM. This will be followed by Diwan and langar. Those that are interested please RSVP by August 11th to Gurwin Ahuja, the Executive Director of the campaign so that you can join in on this historic and critical meeting. Gurwin Ahuja was the National Field Coordinator for President Obama’s campaign and has worked with the White House’s National Economic Council during the financial crisis. He is also serving as the Executive Director of the Sikh Council of Religion and Education (SCORE).

Previous: Asian Gatka Cup to be held in next February in Malaysia
Next: Kurukshetra gurdwara at centrestage in struggle 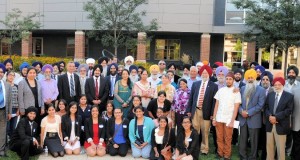