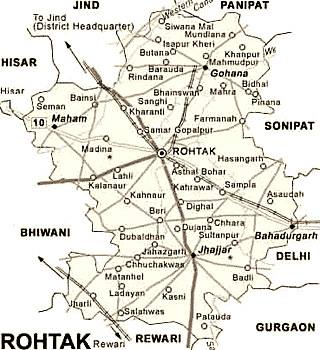 Comments Off on Nanded pilgrims attacked in Rohtak; 1 killed 496 Views

A member of a group of pilgrims from Punjab en route to Nanded Sahib in Maharashtra was shot dead by an unidentified car-borne assailant in Rohtak late Tuesday night.

The 50-odd pilgrims were travelling in a truck. When their vehicle reached near Jind bypass in Rohtak around midnight, the occupants of a car tried to overtake it. A little later, the car came parallel to the truck and one of the men in the car fired a shot at the truck’s occupants and fled.

The occupants of the truck later told the police that they could see only the initial part of the car’s registration number (HR-49). Gurpreet was rushed to a hospital where he was declared dead by the doctors. Investigators believe it may be a case of road rage.