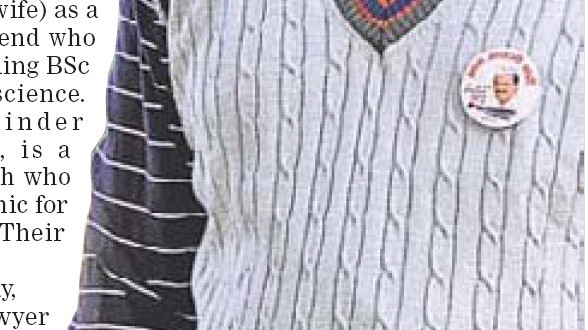 Life shaped by genocide, he is seen as a crusader for humanity

Comments Off on Life shaped by genocide, he is seen as a crusader for humanity 563 Views

Ludhiana, Punjab: Bundled up in a loft under quilts for more than 40 hours with his wife to dodge a bloodthirsty mob in November 1984, Harvinder Singh Phoolka survived the anti-Sikh genocide with scars on his soul. It was worse as his wife was pregnant. It was their Hindu landlord who stood between death and Phoolka, denying entry to the mob inside the house screaming, “Yahan koi Sikh parivaar nahin hai (There is no Sikh family here.” Ironically, the incident also restored Phoolka’s faith in humanity.

Thereafter, he, along with his wife, rushed to an army truck passing outside his house in New Delhi’s South Extension to reach the All India Institute of Medical Sciences (AIIMS). After confirming the well-being of his wife and unborn child, Phoolka was again helped by two Hindu friends (army officers) who hid them in the cockpit of an aircraft and flew them safely to Chandigarh. Having come to Ludhiana, this lawyer-cumsocial activist first planned to settle here but a look at the plight of the genocide victims during a visit to Delhi changed his life plans.

FIGHTING FOR JUSTICE
The seeds of becoming a crusader for justice were sowed at Punjab Agricultural University (PAU) in 1972 when he was pursuing BSc. Six students were killed in police firing in Moga which resulted in agitation, and Phoolka along with his friends participated in an agitation, even went to jail. Thereafter, he took up law studies with the aim to enter the Indian Police Services (IPS); but he was advised by some senior lawyers to practice law instead.

From a bright, young lawyer to a legal rights activist championing the cause of justice — fighting against trafficking of girls from Jharkhand and Assam by fake job placement agencies, to seeking change in laws to register on-the-spot FIR in cases of missing children, to the 1984 genocide cases — Phoolka has come a long way. His commitment brought him in close contact with the social activists-turned-politicians Arvind Kejriwal and Manish Sisodia.

Since the formation of the Aam Aadmi Party (AAP), Phoolka was in the thick of it, and logically then picked for a Lok Sabh fight from Ludhiana.

LIFE, AS IT IS
Born on August 24, 1955, in Bhadaur village of Ludhiana district, Phoolka justifies his claim to being an aam aadmi (common man) as he shares tea with slum-dwellers sitting on the mats in their dingy rooms during his campaign. Shaking hands, hugging with a smile and using first names, he moves without much paraphernalia. Despite having been offered security thrice by Delhi, Phoolka refused to take guards, still saying, “Jaako raakhe saayian, maar sake na koey (No one can kill a person protected by God).”

Phoolka also plays up his government-school past with a joke, “I went to a TCS (Tappar Chakk School), where students had to carry their mats (tappar) as there were no benches.”
A student of BSc in a g riculture at PAU, Phoolka knew Maninder Kaur (now his wife) as a family friend who was pursuing BSc in home science. Dr Maninder Kaur, 60 , is a naturopath who runs a clinic for disabled. Their daughter Prabhsahay, 25, is a lawyer in Delhi high court who helps her farther in human rights cases too.

Son Gursahay, 28, is a slow learner and has com-pleted his vocational training; working as a hospitality professional.