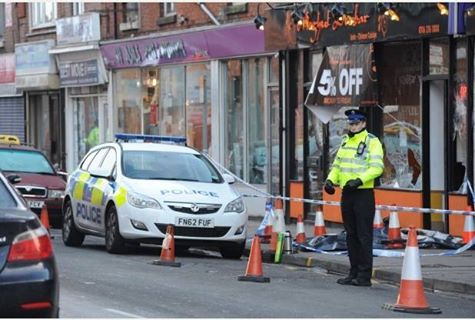 UK: The court heard this week that it was “wide spread knowledge in the community” that “Sikh girls were being groomed, piled with drink and drugs for sexual exploitation“ by several men in Leicester.

It was perceived by the community that the Police was taking no action, which led to a Meeting held at a Leicester Gurdwara on 14th January 2013.

Last week it was heard that 3 addresses linked to Sex offenders were attacked by Sikh men.This included the Moghul Durbar Restaurant where one Sex offender worked and lived. It was at the flat on top of this restaurant where a 16 year old Sikh Child was abused.

Leicestershire Police told the court that 6 males pleaded guilty to a number of Sexual offences against a 16 year old Sikh Child, these included: Arranging/facilitating child Prostitution, Arranging/Facilitating child Pornography, Causing/inciting a Child to Prostitution. Causing/Inciting a Child to Pornography. Arrange/Facilitate travel within the UK of persons for Sexual Exploitation.

These 6 men were all jailed for several years, including Aabidali Mubarak Ali aged 39, who was jailed for 5 years.