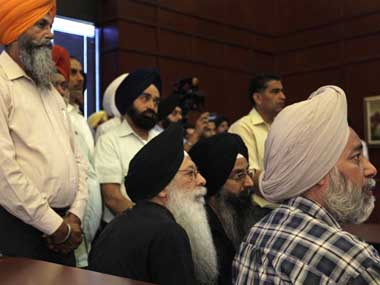 Legislation for religious workers introduced in US

Washington, USA: Aimed at facilitating the immigration of religious workers, including those of Hindu and Sikh faith, a US lawmaker has introduced a legislation in the House of Representatives. Introduced yesterday by Congressman Mike Honda, the Freedom of Faith Act (HR 4460), will make permanent the special immigrant provision for non-minister religious workers. The current religious workers programme is set to expire in 2015. When passed by the Congress, the Act would cover religious workers, who provide a variety of services, such as translating for Korean Presbyterian churches, singing as cantors in Jewish temples, delivering sermons as mullahs (clerics) in Muslim mosques, and helping with Hindu pujas during Dussehra, Naimittika, Shivaratri, and Sikh ceremonies such as Akhandpath.

Buddhist, Christian, Jewish, Jain, Mormon, Catholic, Hindu, Sikh, and Muslim workers would benefit from this. “For over two decades, the Congress has reauthorised this programme time and again,” Honda said. “It’s time we do what’s right for our communities of faith and make permanent this programme that allows workers who lead worship, officiate events, and offer pastoral care, to receive temporary visas like ministers and faith leaders do,” he said.

“Religious freedom is the bedrock of American society,” the Hindu American Foundation said.

Previous: US House passes resolution to commemorate Baisakhi
Next: Black flags shown to Harsimrat in Bathinda