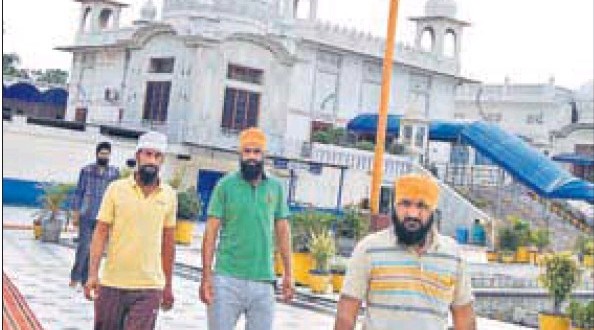 Kurukshetra gurdwara at centrestage in struggle

Comments Off on Kurukshetra gurdwara at centrestage in struggle 727 Views

Kurukshetra, Haryana: Gurdwara Chhevin Patshahi here has taken the centrestage in the ongoing struggle between Shiromani Gurdwara Parbandhak Committee and Haryana Sikh Gurdwara Management Committee over the management of gurdwaras of Haryana.

In 2009, the SGPC had established its sub-office for Haryana, a move apparently aimed at to ‘redress’ the demand for the separate gurdwara panel.

“The sixth Guru had stayed at this spot twice in 1622 and then in 1626. The Guru had also established a Sikh preaching centre. The shrine complex as it appears today was restructured around 1970,” he said.

The gurdwara which is being managed by the SGPC has ` 2.85 crore estimated yearly remittances collection.

In terms of golak, the shrine here is ranked fifth in Haryana as Nada Sahib in Panchkula tops the gurdwaras in terms of religious collections.

There are seven other gurdwaras in the district including, four having historical value under the management of Gurdwara Chhevin Patshahi.

It has 136 acres of land which is given on contract for tilling by the shrine management.

“Kurukshetra has a major significance for Sikhs as out of 10 gurus, eight had visited this holy city. Second guru Angad Dev and fifth guru Arjan Das had not visited the area while fourth guru Ramdass had come to Kurukshetra before attaining the guruship,” said the gurdwara manager.

After the for mation of Haryana Sikh Gurdwara Management Committee (HSGMC), the state government had announced that its headquarters would be at this historic gurdwara. This is the sole reason that the entire HSGMC leadership is focusing on the shrine and made Dera Baba Gurdwara Kar Sewa Charan Singh its temporary office for meetings etc. The Dera Kar Sewa is located just a few meters away from the Gurudwara Chhevin Patshahi and langar sewa for the protesters is cooked at the dera.