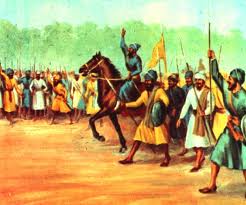 Fatehgarh Sahib: The Shiromani Gurdwara Parbandhak Committee (SGPC) has started preparations on a war footing here and at Chappar Chirri to celebrate the Sirhind Fateh divas to commemorate the victory of Sikh General Baba Banda Singh Bahadur against the Mughal rulers in Sirhind.

While talking to mediapersons here on Saturday, the SGPC interim committee member Karnail Singh Panjoli said that the celebrations would be held for two days on May 13 and 14.

He said a historic Khalsa march would start at 9 am on May 13 from Gurdwara Chappar Chirri and would conclude at Gurdwara Fatehg arh Sahib after passing through Landran, Chunni, Badali Ala Singh, Kotla Bijhara and Gurdwara Jyoti Sarup.

He further added that competitions of martial art gatka would also be organised on the intervening night of May 13 and 14 at Gurdwara Fatehgarh Sahib.

He said a meeting of the religio-social org anisations and Shiromani Akali Dal has also been convened on May 5 to finalise the programmes.

Previous: Canada to release Komagata Maru centenary stamp
Next: The Battle of Muktsar – Shaheedi of the 40 Muktey 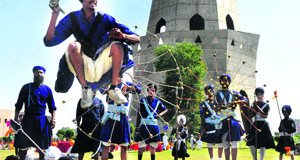 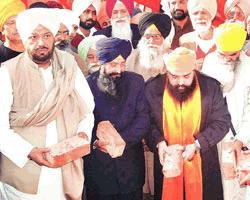