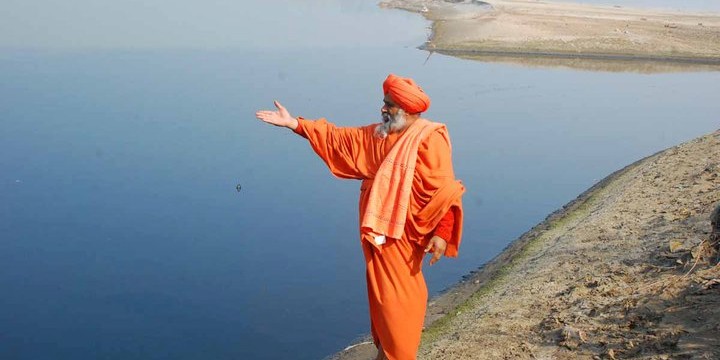 Comments Off on Kalasanghia drain set to be pollution-free, claims PPCB 369 Views

Jalandhar, Punjab: A highly polluted water body in Punjab, Kalasanghia Drain, which has reportedly caused cancer and other serious ailments among villagers living along its banks for the past over two decades, will soon be a boon for the farmers of the area, with the Punjab Pollution Control Board (PPCB) committed to clean this water body.

With the PPCB authorities tightening its noose around the defilers of this drain, especially leather tanning and industrial units and the local civic body, the board seems set to fulfil the demand of the villagers who have been facing many hardships for long.

The worst-affected villages are Janangir, Essewal, Muridwal, Rupewali, Sidhpur, Badshapur and Sunarh-Kalan, where water pollution has been spelling a doom. Various killer diseases like cancer, jaundice, hepatitis, cardio-vascular problems and renal failure have gripped many villages.

Environmental engineer SP Garg claimed that the board had set the target to release 100 per cent clean water into the drain in the next three-four months.

“The content of these effluents has fallen drastically after the board came down heavily on the Kalasangia defilers,” he claimed.

To clean this drain, the board has set up sewerage treatment plants (STPs) in Pholriwal with a total capacity of 125 MLD, and common effluent treatment plant (CETP), having a capacity of 6 MLD, while another of 1.5 MLD capacity is ready for operation, he claimed.

A 50 MLD capacity STP is nearing completion in the Pir Daad locality, with 80 per cent of the work completed.

Garg said that 40 MLD domestic discharge of the Jalandhar Municipal Corporation was being released into the drain everyday and that, too, would be released after proper treatment after the completion of the STPs

The PPCB has already tamed the industrial units (electroplating units) discharging hazardous industrial waste at the common treatment plant in Ludhiana, he added.

Efforts of Baba Balbir Singh Seechewal, a member of the Punjab Pollution Control Board, to raise villagers’ voice and save the environment has yielded results, with the state government, especially Punjab Chief Minister, taking interest in making the Kalasanghia drain pollution-free.

Tagged with: Pollution Control Board Punjab