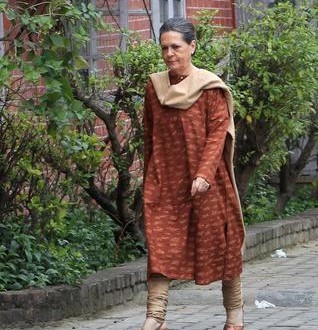 New York, US: Strongly arguing to dismiss case filed against Congress party in a US court for serious human rights violations pertaining to November 1984 massacre of Sikhs, Congress counsel invoked issue of India’s sovereignty during the hearing in the case on Wednesday and held that court should dismiss the case filed by Sikhs For Justice (SFJ). Its continuation would be an attack on India’s sovereignty, Congress argued.

Congress counsel Ravi Batra had filed a motion to dismiss the case for lack of jurisdiction and on Wednesday court of Judge Robert W. Sweet heard the arguments and reserved his ruling on the matter.

Complaint by SFJ and two survivors of the massacre had accused Congress (I) of conspiring, aiding, abetting, organizing and carrying out attacks on the Sikhs after assassination of Prime Minister Indira Gandhi.

Congress counsel argued that respecting India’s sovereignty US Court should decline to hear the Sikh Genocide case because whatever happened was on Indian soil and only Indians were involved in which lives were lost.

Congress party is seeking dismissal of the 1984 Sikh rights violation lawsuit on the basis of lack of subject-matter jurisdiction; failure to state a claim; expiry of statute of limitation; and SJF’s legal standing to file the case.

Congress counsel also argued that it was not a case of elimination of Sikhs as millions of Sikhs were living in the country and even the Prime Minister was a Sikh. ” While one innocent life lost in any nation is a wrong that cries out for relief, sovereignty serves the function of blocking every nation, except the host nation’s judiciary and political branches from remedying the alleged wrong,” Batra said in a communique to TOI after arguing in the court.

However SFJ strongly urged the judge to continue with 1984 case. Its attorney Michael Fitzgerald stated that in November 1984 Sikhs, a religious minority, was brutally attacked with intent to eliminate; 1984 was not an accident or coincidence; and was actually the plan to eliminate the Sikhs was hatched at Congress party headquarters.

Challenging the Congress party’s argument that 1984 case is “time barred” under US Laws, attorney Fitzgerald pointed out that Sikh rights’ violation is a “continuing offense” because Congress party still provided impunity to perpetrators of 1984 and continues to threaten the plaintiffs in order to thwart victims’ attempt to seek justice.

‘We are not challenging the sovereignty of India but the case of immunity with impunity to perpetrators of massacre of a minority community, largest after 1947,” said SFJ legal advisor Gurpatwant Singh Pannun.

According to attorney Gurpatwant Singh Pannun, legal advisor to SFJ, the victims of November 1984 have clear standing before US Courts to bring lawsuit because they have already have been granted refugee status by the US Courts for being persecuted in India.

Pointing to the 2014 election campaign run by the major political parties of India on the issue of 1984 and 2002 massacres of Sikhs and Muslims, attorney Pannun stated that the blood of religious minorities has become merely an election slogan in India to gain votes.

A US court has reserved its ruling on the Congress’ plea for the dismissal of a human rights violation case related to the 1984 anti-Sikh violence filed by a US-based Sikh rights group.

Manhattan’s US Federal Judge Robert W Sweet reserved his ruling after the Congress, challenging the “extra-territorial jurisdiction” of US courts, asked it to respect India’s sovereignty.

It argued that the US court should decline to hear the case as the party could not be held liable in a US court for “acts occurring in India nearly three decades ago, involving only residents of India, with no plausible nexus with the US “.

If the case was allowed to continue, ” it will be a frontal attack on India’s sovereignty,” it said.

Urging Sweet to continue with the 1984 case, Sikhs for Justice (SFJ) attorney Michael Fitzgerald said the 1984 violence was not an accident or coincidence, but a plan to eliminate the Sikhs.

The death of 3,000 Sikhs in the violence could not be characterised as “elimination”, countered the Congress, pointing out that millions of Sikhs lived in India that had a Sikh Prime Minister since 2004.

Challenging the Congress’ contention that the 1984 case was “time barred” under the US laws, Fitzgerald argued that Sikh rights’ violation was a “continuing offence” because Congress still provided impunity to perpetrators of the 1984 violence.