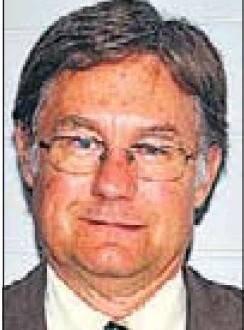 Comments Off on Inspired by India’s culture, US professor writes books on Sikh diaspora, religion 299 Views

Ludhiana, Punjab: For the past 40 years, I have been reading about Sikh culture and written three books on Sikhs and their religion. However, the topic of my first thesis was related to Sikhism, as it was the comparison between Harbhajan Singh Yogi’s followers and immigrant sikhs. Yogi told that his Sikhs, whom he called ‘Gore Sikh’ were following the ideals of Sikhism in a better way than Punjabis, as the latter were trimming their hair.

Verne A Dusenbery, professor of anthropology and director of international studies at University of Hamline (USA), said this while addressing an extension lecture at GGN Khalsa College, Civil Lines, Ludhiana, on Friday.

College’s department of history had organised the extension lecture, and Dusenbery was invited as a guest speaker for the occasion.

Talking to Hindustan Times, Dusenbery said, “To have better understanding of Sikhism, I kept visiting different countries, like North America and Australia. My first visit to India was in 1981 and I was very inspired and kept discovering about Sikhism since then. Right now, I am working on the dynamics of Sikh diaspora.”

I have also emphasised that the Sikhs residing abroad have begun identifying themselves first as Sikhs and then as Punjabis and Indians,” he said, adding that Sikhism expanded in the Western America in 1972-74.

Dusenbery has written three books — “Sikhs at Large”, “Religion” and “Culture and Politics in Global Perspective”.

Another book written by him is “Sikh Diaspora: Philanthropy in Punjab”.

For over a century, Sikh emigrants have been remitting funds to Punjab for purposes ranging from advancement of family to supporting political, religious and humanitarian causes, Dusenbery said.

His another book, “A Punjabi Sikh Community in Australia”.

This work is a portrait of the community from Pre-Federation to 2001. It provides the background understanding of Sikhism and Punjabi culture and migration history.