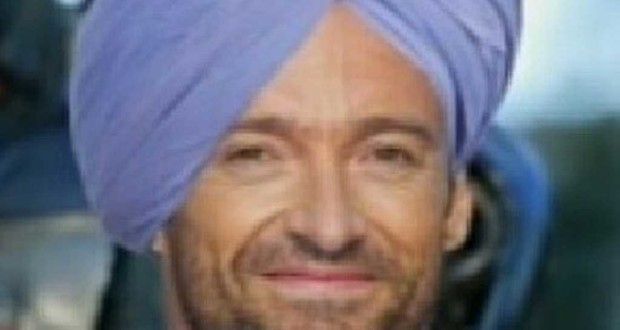 Hollywood star Hugh Jackman, 45, took everyone by surprise by tweeting a picture donning a blue turban, on Wednesday. The Wolverine actor was seen sporting a blue turban, very similar to the one mostly worn by Prime Minister Manmohan Singh, in a pic that was part of a cameo that Jackman did for the hit Brit-Asian TV series, Kumars. Soon, the social ­networking sites ­went abuzz, calling him Jackman-Singh. Pop star Alisha Chinai, too, tweeted, saying, “Hughwinder Jackman Singh