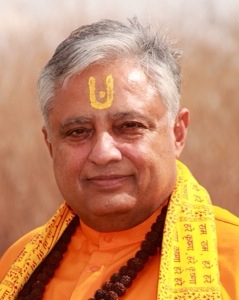 Hindu statesman Rajan Zed, in a statement in Nevada (USA) today, reminded Kenyatta of his “core value” to “treat everyone fairly”. Zed pointed out to Ruto that if he wanted to “Transform Kenya into an Economic Power House”, Kenya needed to protect its minorities in order to attract foreign investments.

According to reports, a monument in lakeside Kisumu, depicting a praying person and approved by the county, commissioned by Sikh community to commemorate over 100 years of Sikh presence in Kisumu, was removed last week following mob vandalizing.

Zed, who is President of Universal Society of Hinduism, stated that discrimination and unfairness faced by the Sikhs on the monument issue in Kisumu should not be acceptable to Kenya’s political, societal and religious leaders as Kenya’s constitution and other laws/policies protected religious freedom. Kenya should see religious diversity as a national strength and reaffirm its history of religious freedom and tolerance.

Rajan Zed urged Kenyatta to visit the Kisumu Sikh temple to show solidarity with the Sikhs and address a public rally in Kisumu condemning the incidents relating to mob destruction of the monument, which was a piece of art aimed at beautifying Kisumu.

Zed noted that leaders of Christian, Muslim, Hindu, Baha’i and other religions/denominations should come forward and express solidarity with the nation’s Sikhs who had been living in Kenya for long time and made huge contributions to its success, prosperity and growth.

Rajan Zed stressed that continued commitment to advance religious freedom-diversity-tolerance and peaceful coexistence-cooperation needed to be promoted in Kenya and positive steps should be taken to engage in interfaith dialogue. Ethnic diversity of Kenya, described as “the cradle of humanity” which showed earliest evidence of human’s ancestors, had produced a vibrant culture.

With its abundant wildlife and scenic beauty, if Kenya wanted to continue attracting tourists and increase their numbers, it had to project a picture of peaceful and harmonious coexistence to the world. Who would invest in Kenya amidst such intolerance as seen during this Kisumu monument incident displaying the State failing the minorities? Zed asked.