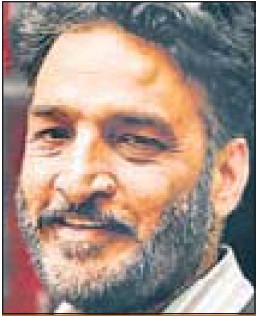 Highlighting the tenets of Sikhism through film

Ludhiana, Punjab: With an aim to promote meaningful cinema and to highlight the tenets of Sikhism, an exclusive premier of ‘Proud to be a Sikh’, a Punjabi film by Shane Khalsa Productions, was held at a local multiplex on Friday.

Directed by Satdeep Singh and shot mainly in Ludhiana, it took about a year and a half for the team to complete the film. With theatre and film artiste Amritpal Singh Billa as lead actor, the movie has given platform to many new actors from across the state. Sharing the film details before the premier, Billa said, “I feel proud to be a part of this film. I play the role of a humble Sikh man, who wants to wash away all grave issues from society, by showing youth the right path.”

Tarlochan Singh, who has acted in the movie, said: “The film is about inspiring society, especially the youth to learn moral values that religion teaches for a better life. It also throws light on how the youth is trapped in the drug addiction and how they can be pulled out of it.”

Film’s producer Rupinder Singh, who played a vital role in the direction, said: “I wanted to make society realise certain values and above all galvanise them in the right direction. My main target is youth who have forgotten all values and drifted towards materialism.”

A viewer, Gurpreet Kaur, said, “The film made me feel that if we follow the principles of Sikhism, we can make the world a better place to live.”

Tagged with: Proud to be a Sikh sikh man