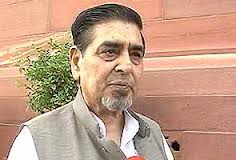 Justice VP Vaish, hearing Tytler’s plea challenging the CBI court order for reopening the probe against him, also refused to accept his plea for an early hearing of his appeal against the trial court’s order for investigation. The HC will hear the matter on April 17.

On April 10 last year, a trial court had ordered that the case relating to probe into the killing of three persons near Gurdwara Pul Bangash in old Delhi be reopened against Tytler. It also set aside the CBI closure report which gave the Delhi Congress leader the clean chit on the ground that there was “no evidence” against him.

Tytler is accused of instigating a mob that led to the murder of three men who had taken shelter at the gurdwara on November 1, 1984.

The CBI had claimed during trial that Tytler was at Teen Murti House, residence of India’s first PM Jawaharlal Nehru, where Indira Gandhi’s body was kept, at the time of the Pul Bangash incident. It added that it had re-investigated the case on the order of a trial court but there was insufficient evidence against Tytler.