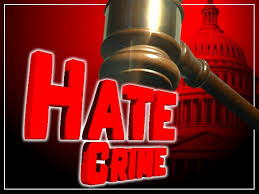 Chandigarh: The Shiromani Gurdwara Parbandhak Committee (SGPC) has sought the intervention of the central government in taking up the issue of recent hate crimes against Sikhs in various countries.

The SGPC has written to Prime Minister Narendra Modi seeking his government’s intervention in the matter.

SGPC president Avtar Singh Makkar urged Modi to take up the issue of safety of Sikhs with the US and New Zealand governments.

He demanded that the culprits behind these hate crimes be brought before law.

In New York, a Sikh man was hit and dragged by a truck following an argument recently. The victim was also hurled with a racist slur.

In another area of New York, a Sikh scientist and his mother were assaulted by youths who called him ‘Osama bin Laden’.

In the latest incident, Sikh youth Davinder Singh was stabbed to death in Auckland city of New Zealand.

Hate crimes have taken place in the US and other countries against Sikhs, especially after the 9/11 World Trade Center attack.