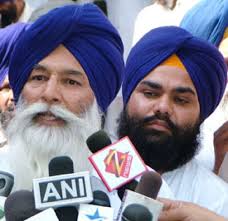 Abohar, Rajasthan: The “trustees” of Gurdwara Buddha Johad (Raisinghnagar), who were sacked by Akal Takht today, held a meeting of Sikh organisations at a gurdwara in Sriganganagar. They challenged the edict against the Trust and asserted it was not applicable in Rajasthan since the Trusts in the state were affiliated with Rajasthan Dev Sansthan Board.

Taking exception to the way they were forced out of historic gurdwara Buddha Johad, the outgoing trustees submitted a memorandum to the district police chief. They sought legal action against the “erring” persons. They threatened to launch an agitation in the near future.

The matter at hand