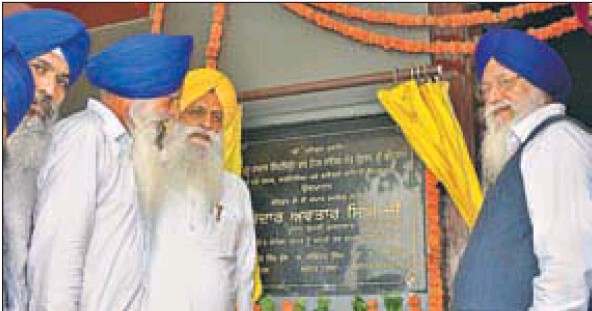 Girls born at SGPC hospital to be given ₹1,000

Comments Off on Girls born at SGPC hospital to be given ₹1,000 745 Views

Amritsar, Punjab: With an aim to discourage female foeticide, the Shiromani Gurdwara Parbandhak Committee has announced to hand over a ‘shagun’ of  ₹ 1,000 to every girl child born at SGPC-run Ram Das Charitable Hospital at the time of birth.

The amount — to be handed over to the mother of the child soon after delivery — will be paid from the funds of the Sri Guru Ram Das Charitable Hospital Trust, which runs the hospital on the behalf of SGPC.

The announcement was made here on Monday by SGPC president Avtar Singh Makkar in his capacity as the chairman of the trust. “The sole motive behind the decision is to encourage parents to discard the practice of female foeticide. We hope that our effort will bear a positive result on the sex ratio in the state,” said Makkar, while talking to mediapersons after inaugurating a new block at Sri Guru Ram Das Dental College here.

The newly block has been constructed as per the norms set by the Dental Council of India (DCI) and will have an air-conditioned library and a 500-seat capacity auditorium. On the occasion, Makkar also announced that Sri Guru Ram Das Charitable Hospital would not charge any bill for all normal deliveries.

“The step is aimed at discouraging home delivery that often results in complications and at times even leads to death of a newborn for want of proper medicare,” said the SGPC chief.

“Often home delivery leads to a female child being discarded or abandoned. So we are hoping that our effort will discourage this unethical practice,” he added.

The SGPC chief said it had been decided that all patients hailing from Jammu and Kashmir and admitted at the general ward would be treated free of cost at Sri Guru Ram Das Charitable Hospital.

As per the new arrangement, the patients from J&K will not have to pay admission charges nor will they have to pay operation and doctor/nursing charges.

They will pay only for medicines and medical tests/investigations.

“We are aware of the prevailing situation in J&K, and therefore, we took this decision. We are also aware of the fact that many super specialty treatments are out of their reach so we made this effort to ensure that they pay the minimum possible charges for top quality treatment,” Makkar Added.