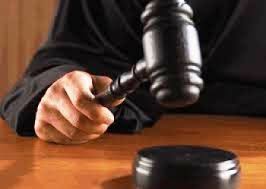 Chandigarh: Daljit Singh from Bihar is struggling to live peacefully in his flat after four of his shops were gutted in the 1984 genocide.

Recognised by the Punjab Government as a “genocide victim”, he was even given Rs 2-lakh financial aid and a red card. Caught in the administrative rigmarole, he has now moved the Punjab and Haryana High Court alleging contempt of court for non-implementation of orders that directed the state to consider his claim for a flat under the genocide victims’ quota.

The reason for his housing troubles apparently stem from the fact that he did not apply for a house in the city where the scheme for genocide victims was launched. Though the High Court directed the authorities concerned to treat his application valid for cities where the scheme was valid, Daljit Singh is still without an allocation letter.

Taking up his plea, Justice Mahesh Grover has issued a notice to the Greater Ludhiana Area Development Authority (GLADA) officer for October 31.

Now settled in Zirakpur, Daljit Singh had initially moved the High Court around two years ago for quashing an order dated March 5, 2012, “whereby his claim for allotment of a house reserved for such victims was turned down on the ground that he applied for allotment at Mohali, where no such scheme was launched”.

Responding to the contentions, the state admitted that the petitioner was a genocide victim, who applied for allotment of house at Mohali. But, insisted that the Punjab Urban Planning and Development Authority (PUDA) had invited applications through public notice for houses to genocide victims at Patiala, Ludhiana, Amritsar and Bathinda only. Since the petitioner did not apply for a house in these cities, his application was rejected.

When the matter came up for preliminary hearing in August 2012, the petitioner was willing to be considered for a plot anywhere in the state. Taking note of the assertion, Justices Surya Kant and RP Nagrath ruled in January 2013: “If there is an un-allotted house or dwelling unit at Ludhiana, Amritsar, Patiala and Bathinda, reserved for the 1984 genocide victims, let the application moved by the petitioner – for allotment of such a house at Mohali — be considered valid for allotment of house/dwelling unit in these cities in the reserved category of genocide victims.”

Previous: God save the country from Gujarat model, says Sonia
Next: Yogendra Yadav takes jibe at Modi over narco-terrorism