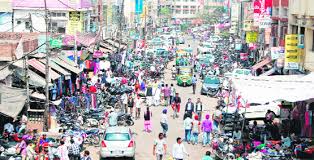 Chandigarh: One of the 33 officers charge-sheeted by the Punjab Government for allowing illegal hotels to mushroom in the Golden Temple’s vicinity during their tenure today filed an affidavit before the Punjab and Haryana High Court on steps taken by the government in the matter. He informed the court that 33 officers had been charge-sheeted in the matter, he being one of them.

After the counsel for the petitioner, Rajvinder Singh Bains, pointed out the anomaly, the High Court verbally expressed loss of faith and ordered the government to constitute a special investigating team (SIT) to probe encroachments and construction of hotels and ‘sarais’ (inns) in the area against the building bylaws and without sanctioned plans. The development took place today during the resumed hearing of a public interest litigation filed by Punjab Human Rights Organisation. The petitioner had moved the High Court in 2010, demanding the removal of illegal hotels in the periphery of the Golden Temple.

The development is significant as 131 illegal constructions have already been identified. The Amritsar Municipal Commissioner had, on a previous date of hearing, also told the High Court that notices had been issued to the violators.

The High Court had earlier directed the government and the Amritsar Municipal Corporation to submit the report on action against erring officials responsible for allowing hotels and guest houses to come up on the periphery of Galiara project, and for delaying action against such hotels in violation of municipal building bylaws.

Taking up the matter, the Division Bench headed by Chief Justice Sanjay Kishan Kaul had observed that the illegal construction of hotels and guest houses in Amritsar was a nuisance for Galiara project near Harmandar Sahib.