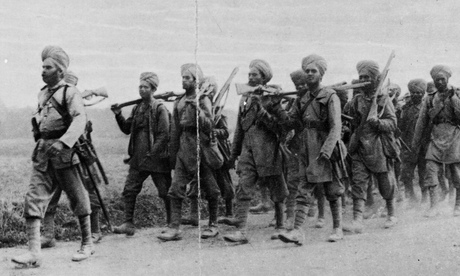 France: Last week, ceremonies were held in Tanzania and Kenya to mark the anniversary of the moment in 1914 when German forces marched into British Kenya, the only German invasion of British territory during the First World War. The government of Tanzania explained that the centenary of the Great War, in which Tanzania, then the colony of German East Africa, was an important battlefield, offers Tanzanians an opportunity to ensure that the “country’s role and sacrifice during the First World War is remembered”.

In the same week, in Britain, the Ensuring We Remember group ramped up its campaign for the creation of a permanent memorial to the 100,000 men of the Chinese Labour Corps, who served with the British army during the conflict, thousands of them killed by enemy fire, accidents or Spanish flu.

Even before the centenary starting-gun had been fired, nations across the world had begun to reclaim their lost stories and demand, like the Tanzanians, that their “role and sacrifice” be remembered. In Thailand, the 2008 feature film First Flight reminded Thais of the men of the Siamese Expeditionary Force, a unit of pilots, surgeons and well-trained soldiers who were sent to France in 1918.

There is a huge and passionate desire by nations and communities who have been sidelined by mainstream history to use the opportunity offered by the centenary to “re-globalise” popular understanding of the first truly global conflict. I’ve found some of the responses to my own TV series, The World’s War – Forgotten Soldiers of Empire, poignant and moving, as individuals and leaders from various communities in Britain have written to express their surprise at the inclusion of stories about their ancestors.

British Sikh and Muslim groups have been in touch, as have men and women whose ancestors served in Africa, some of whom just wanted to talk about their grandfathers’ service to someone interested in their stories. I’ve had touching messages from members of Britain’s Chinese community, who have evidently become wearily accustomed to the near invisibility of the Chinese Labour Corps in most accounts of the war. All these groups have reason to be surprised at the sudden upsurge in interest. There is at this moment a tentative sense that things are changing. Since the cessation of hostilities, the prevailing historical image of the war has slowly contracted. That process began in 1919, when decisions were made as to which men and which races were to be allowed to march in the two victory parades of that year, held in Paris and London. In Paris, the US army ensured that when its legions marched under the Arc de Triomphe there were no black faces among their ranks, despite having mobilised 400,000 African Americans. In the London victory parade, space was found for Indian regiments but it was decided that it would be “impolitic to bring coloured detachments to participate in the peace processions”.

By the end of the 20th century, a combination of deliberate exclusion and perhaps accidental myopia had dramatically shrunk the First World War. Rather than the kaleidoscopic, multiracial, global conflict that it was, it had become a monochrome European struggle. The dominant image in Britain, as we entered the first of the four centenary years, was of poppies, poets and the Somme. This is far from a full picture. It is a narrative that largely excludes our allies, says little about the role of women and is almost silent on the sacrifices by millions of men and women from beyond Europe. One of the many oddities of this phenomenon is that historians, film-makers and educationalists have jettisoned many of the most compelling stories.

As any dramatist who has struggled to bring the war to screen or stage can testify, the plotline to every great push on the Western Front is grimly repetitive, while most of the potential heroes – the politicians and generals of the victorious allies – turn out to be not just largely uninspired but in many cases unforgivably dull. What’s more, the whole, long, stuttering story is so sodden in blood and futility as to make romanticisation – the meat and drink of most military history and national myth-making – almost impossible.

Yet as journalists at the time understood, the arrival on battlefields of millions of men from outside Europe, along with the spread of the war across continents, was one of the most fascinating and colourful (literally) features of a war that was otherwise drab and tragic.

The early British and French victories in west Africa, for example, were reported in effusive detail. The war in the Middle East, at least when it was going in Britain’s favour, was another favourite trope of the press. Exotic Indian regiments performed sweeping manoeuvres through landscapes of classical antiquity and captured cities of biblical fame. Yet the incredible spectacle of the vast, multiracial imperial armies on the Western Front was historically buried in the century after victory, despite the valiant efforts of various regimental historians and modern scholars such as Hew Strachan.

There are reasons why, in 2014, a wider, more inclusive memory of the war seems to be re-emerging. In December 1917, a British correspondent who had been sent to the townsbehind the Western Front described that great militarised zone as “like a cinema show for the village children, who will dream of it, one fancies when they are old, and remember how men came from Asia and Africa to work for France in her dire need”. The presumption was that by the time those children grew up, Europe would have reverted to being as racially and culturally monochrome as in 1914.

Europe’s path led her in another direction, into another terrible war in the wake of which there arrived waves of immigrants from those former colonies and beyond. Europe’s cities in 2014, with their mix of races, cultures and faiths, better resemble the militarised zones of 1917 than they do the streets of Edwardian London, Third Republic Paris or imperial Berlin. This enormous demographic shift is without doubt one of the forces behind the current clamour for an expanded, more inclusive retelling of story of the First World War. Britain, the most confidently diverse of the former combatant states of Europe, is perhaps uniquely placed and uniquely willing to undergo that process of historical reassessment. 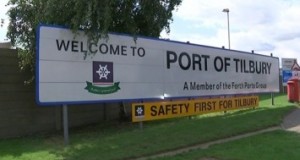