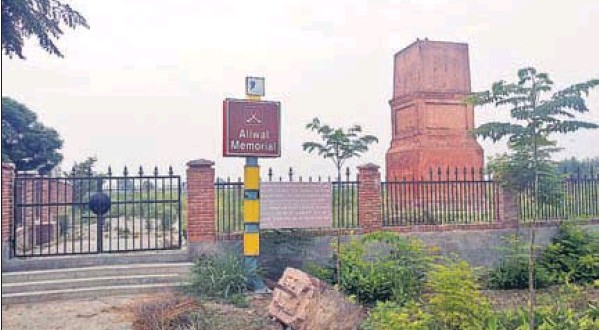 Ludhiana, Punjab: A look at the broken slabs inscribed with words of valour of Sikh generals at the first Anglo-Sikh war memorial in Gora Hoor village near Aliwal, 40 km from Ludhiana, are a reflection of the hollow promises and salutations made by the political leaders of the state.

The irony of the situation is on the one hand, the state government has failed to protect the old memorial, on the other hand, it is all set to construct ‘Jang-e-Azaadi’, a memorial at Kartarpur near Jalandhar over 25 acres at a cost of ` 200 crore.

Despite being declared a protected monument in 1964 under the Punjab Ancient, Historical Monuments, Archaeological Sites and Remains Act, the memorial has been in ruins all these years.

Irrespective of the fact that the memorial referred to as “Flame of Memory” is a symbol of gallantry of Sikh soldiers duly acknowledged by the British by installation of this commemorative plaque, the monument was denied due recognition by the governments and people of the state.

It was built in 1853 by the British, more than 160 years ago, to honour the bravery of the Sikh soldiers who changed the face of first Anglo-Sikh war. The British were forced to acknowledge the valour with which the Sikh soldiers fought against the much stronger British army.

In 2011, the Punjab Heritage and Tourism Promotion Board had made efforts to renovate the monument and an amount of ` 10 lakh was sanctioned for it. But soon after putting up of a boundary wall made of grills the work stopped as the contractor failed to get requisite funds.

Criticising the SAD-BJP government for having ignored the “prestigious” project of renovating the first Anglo-Sikh War Memorial, Ex-servicemen Welfare Society, Ludhiana, president Col Rajinder Singh Sohi (retd) said, “It is a matter of shame that our governments have forgotten about the sacrifices made by our soldiers. The land that belonged to this monument too has been usurped by farmers and the administration has not even bothered to look into the matter.”

Another Octogenarian from Hambran Harjinder Singh said, “It is rather shocking that none of the Akali leaders who take pride in referring to the war heroes from Punjab outside the state have ever bothered to pay homage to the martyrs of First Anglo Sikh War at this memorial.” 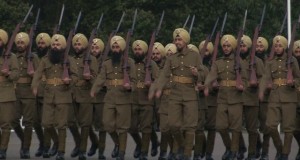