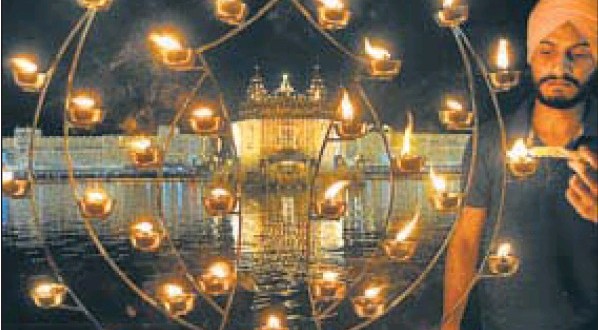 Comments Off on Diwali was less polluting this time, says PPCB data 209 Views

Patiala, Punjab: Pollution level on Diwali day has lowered for the first time in a decade in Punjab, except in the industrial town of Ludhiana and Jalandhar, according to data released by the state agency.

Even the Harmandar Sahib or Golden Temple saw less pollution in comparison to previous years, even though it witnesses a grand cracker display. The noise level too came down across the state.

The Punjab pollution Control Board (PPCB) said the younger generation seems to have shown sensitivity towards the environment. “It’s a good sign that for first time in a decade the pollution level has decreased on Diwali day decreased, though it’s still double the permissible limits,” said a PPCB official.

As for the Golden Temple, environmentalist have been appealing to the Shiromani Gurdwara Parbandhak Committee (SGPC) to observe a green Diwali by holding a laser show instead of firecracker display. But the Sikh body has only limited the use of crackers, saying that tradition dictates use of crackers to celebrate Bandi Chhor Diwas on that day. To its credit, the SGPC used crackers that create less pollution. At the shrine, the level of respirable suspended particulate matter (RSPM) was at 363 micrograms per cubic metre, compared to 371 last year, but still much higher than the permissible 100.

Previous: Give Chandigarh to Punjab, says Badal
Next: SGPC chief to lay foundation stone of Sikh centre in US