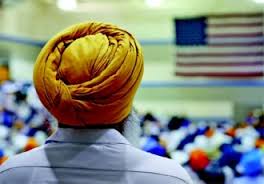 New York, USA: US Attorney Preet Bharara’s office took up the issue of alleged religious discrimination against an elderly Sikh man with the New York City Department of Correction.

Gurbhej Singh Sandhu was asked to remove his turban when he visited a correctional facility here to meet his son who was serving a sentence.

According to a statement by rights groups United Sikhs, Sandhu visited the Rikers Island Correctional Facility on numerous occasions since February and was made to remove his turban every time though he explained to security officers that the turban was an essential part of the Sikh identity and removing it was a denigration of the faith.

However, Sandhu had to comply with the orders of the security officers, who said he would not be able to meet his son, if he did not. United Sikhs’ legal team sent a letter to the city’s correction department seeking an explanation and remedial measures for the “mistreatment” of the elderly Sikh.

The group also filed a complaint with the civil rights division of the department of justice, who then directed the matter to Bharara’s office. The US Attorney’s office wrote to the correction department seeking an explanation.

The office asserted, in its letter, that the removal of Singh’s religious headwear potentially violated provisions of the Civil Rights Act as well as the dress code policy of the department, the group said.

United Sikh noted that the actions of the security personnel were against the facility’s policies which exempts religious head coverings from its general prohibition of wearing of hats and head coverings during visits. In the letter sent to the correction department, staff attorney Manmeet Singh said forcing a Sikh to remove his turban was “degrading, cruel and an embarrassment.”