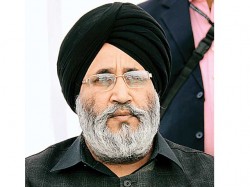 Amritsar, Punjab:  One of the top leaders of Shiromani Akali Dal (Badal) and Punjab Education minister has reportedly opposed screening of Kaum De Heere movie saying that it glorified “terrorists”. His statement is in clear contrast with the statements of Akal Takht Jathedar Giani Gurbachan Singh and Shiromani Gurdwara Prabhandak Committee (SGPC) president Avtar Singh Makkar. Giani Gurbachan Singh had made it clear that characters picturarized in Kaum De Heere moive, namely Bhai Beant Singh, Satwant Singh and Kehar Singh, were ‘national martyrs of the Sikhs’ and ‘true gems of the Sikh nation’.

According to a news reported by Daily News & Analysis (DNA), Punjab Education Minister Daljit Singh Cheema, on the sidelines of a function organised by the Hind Samachar Group, reportedly said permission for public screening should not be given to films which try to glorify (so-called) terrorists. He added that the Censor Board should be careful to ensure the same.

“The Censor Board clears films for screening. It should be mindful of the subject matter of films while doing so,” the DNA report quotes Cheema. With his controversial statement Daljit Cheema did not only exposed his own mind but also used disgraceful words for the martyrs of the Sikh nation, who are remembered with respect annually at Akal Takht Sahib

Previous: Nations Without States Group Urges Diverse Communities to Vote YES in Scottish Referendum
Next: Lance Corporal Harmeet Singh – the first Sikh in his regiment – can be seen paying tribute to a fallen soldier bearing the same surname.