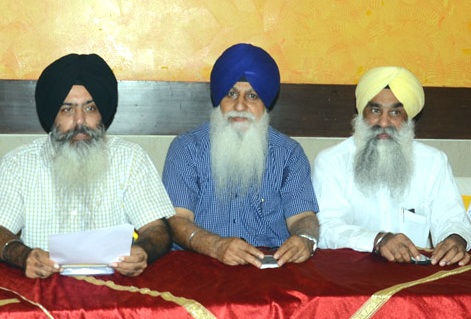 Comments Off on Dal Khalsa to hold ‘Justice March’ 446 Views

Hoshiarpur, Punjab: Dal Khalsa and other Sikh organisations will hold ‘Justice March’ on November 2. The march will start from from Akal Takht in Amritsar and conclude at the UN office in Delhi .

Dal Khalsa chief HS Dhami said they were seeking justice for victims of the 1984 Sikh ‘genocide’. The participants would assemble at Gurdwara Bangla Sahib. Among them would be Tamils, Nagas, Kashmiris and Christians. They would then march to Jantar Mantar. Dhami, addressing a press conference here, said they would meet the UN representative in India. He said they were commemorating 30 years of the ‘1984 pogrom’.

Party spokesman Kanwarpal Singh said: “The Sikhs were hounded and killed in Delhi. The RSS too was involved in the killings, although they were not in the forefront.” Dhami said the Sikhs had lost all hope of getting justice. He said the 1984 killings were sponsored by then political establishment then. The march would pass through Ludhiana and Fatehgarh Sahib and reach Delhi on November 3.