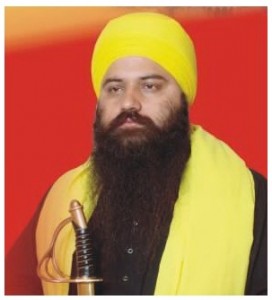 Comments Off on Daduwal’s police remand extended for 1 more day; 2 others sent to Faridkot Jail 624 Views

Baba Daduwal was recently nominated as member of newly formed Haryana Sikh Gurdwara Management Committee (HSGMC). He had led a group of supporters of HSGMC that took over control of Guhla-Cheeka Gurdwara Sahib from Amritsar based Shiromani Gurdwara Prabhandal Committee. A Sikh body, Dal Khalsa has observed that the arrest of Sikh preacher and member of newly formed HSGMC Baljit Singh Daduwal is a clear case of witch-hunting by the Badal government.