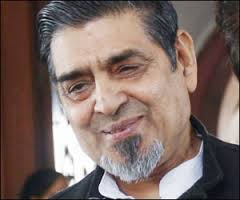 New Delhi: A Delhi court on Saturday fixed October 15 for hearing a criminal defamation complaint filed against Congress leader Jagdish Tytler by a senior lawyer representing the victims of the 1984 anti-Sikh genocide cases.

The matter was put for the next date as additional chief metropolitan magistrate (ACMM) Gaurav Rao was on leave. Tytler had earlier told the court that he was ready to tender “unconditional apology” to senior advocate HS Phoolka, complainant in the case, to settle the matter as no public interest was involved in the complaint.

Phoolka, however, had refused to accept Tytler’s offer, saying “any compromise” in a serious matter like this would send a wrong message to people.The court had also asked Phoolka to bring on record the aired interview, in which Tytler had allegedly defamed Phoolka, in the form of VCD/DVD so that it could go through it to ascertain the facts.

“It has transpired that part of the allegations is oral testimony and part in the form of transcripts in electronic video cassette….I have to go through the cassette and verify the transcripts,” the ACMM had said.

Phoolka had alleged the Congress leader had passed derogatory remark against him in a news programme aired on September 7, 2004. Phoolka, in his complaint filed in 2006, said Tytler had levelled false and derogatory allegations against him to harm his reputation.