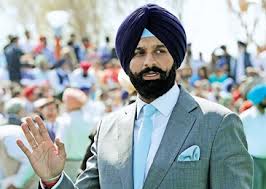 Comments Off on Court notice for distorting ‘shabad’ 642 Views

The court has directed Majithia to f ile reply to the petition on July 28. Majithia had courted controversy by distorting Gurbani during election campaign in Amritsar while seeking votes for BJP’s candidate Arun Jaitley.

The petitioner has sought unqualified apology from Majithia.

The petition is based on the clipping of the speech made by Majithia to seek votes and support for BJP nominee from Amritsar Arun Jaitley, in Shaheed Udham Singh Hall wherein he distorted the ‘shabad’ (hymn) of tenth Sikh Guru Gobind Singh.

She claimed in the petition, “No one is permitted to change or alter the original shabad or wording of Gurbani. But, cabinet minister has dared to act and conduct in the above-said manner and thus has offended the entire Sikh community and its precedents just to please his political alliances and for their vested political interests.”

The petition fur ther said, “The act and conduct of Majithia makes the nefarious design of the political persons crystal clear as they can even go up to any extent for the sake of the fulfillment of their political interest but at the same time nobody has any justification to hurt the religious sentiments of any community whatsoever it may.”

“We had sought action against Majit hi a a nd t he c o ur t has issued notice seeking reply.” 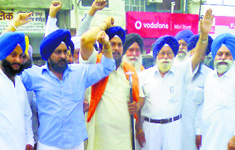