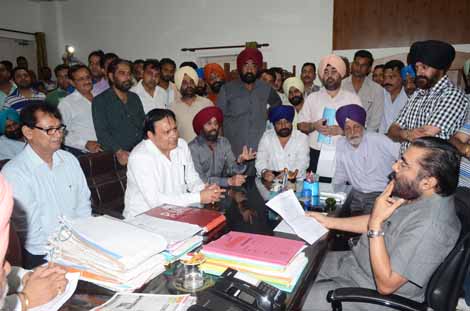 Ludhiana, Punjab: The Ludhiana Sikh Migrants Welfare Board has charged the Congress with giving a raw deal to the victims of the Sikh genocide of 1984, which has led to discontentment among them.

Kanwaljit Singh Monga and Ajitpal Singh, president and secretary, respectively, of the board, said the Centre had failed to take action against allegations of misappropriation of funds to the extent of some Rs 200 crore out of the Rs 440 crore Central grant released by the Union Government for disbursement among the riot victims.

Continuing with its policy of alienating the Sikh migrants, their lone representative in the Punjab Pradesh Congress Committee Kartar Singh Patna had not been included in the reorganised PPCC, the functionaries of the body said.

They said Patna, the chairman of the board, had mobilised a vast majority of the Sikh migrants in the city and elsewhere in the state to carry on the fight to safeguard their rights and the highhandedness of the SAD-BJP government and the bureaucracy.

“However, the cold shoulder given by the Congress leadership to the migrants has once again proved that the party is still in a denial mode where dispensation of justice to the migrants is concerned.”

Monga said if the claims of the Sikh migrants were not given due consideration for representation in the reorganised PPCC, they might have to be forced to take a stand against the Congress in order to safeguard their larger interests.

Previous: ‘Proud’ Sikh ex-soldier of British Army passes away at 98
Next: SGPC chalks out Gurpurb programme