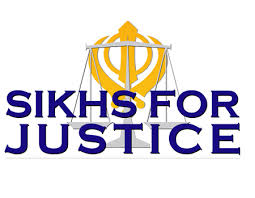 CONG TO MOVE US COURT ON SIKH BODY SUIT

New York, USA: India’s ruling Congress will move a federal court here seeking the dismissal of a human rights violation lawsuit against it by a Sikh rights group in connection with the 1984 Sikh genocide .

The Congress, through its attorney in the US, Ravi Batra, will seek an order in March 2014 before district judge Robert Sweet at the US district court for the southern district of New York to dismiss the lawsuit.

In a notice of motion to reject the complaint filed by the Sikhs For Justice (SFJ), Batra said the lawsuit should be dismissed since there was lack of subject-matter jurisdiction and failure to state a claim upon which relief could be granted.

Any opposition to the motion by the Congress should be filed by plaintiffs (SFJ) on or before February 17. The SFJ’s lawsuit alleges that the Congress shielded perpetrators of the 1984 genocide .

The organisation’s legal adviser, GS Pannun, has said that genocide victims filed the human rights violation complaint invoking the US federal court jurisdiction over the case based on the Alien Tort Statute.