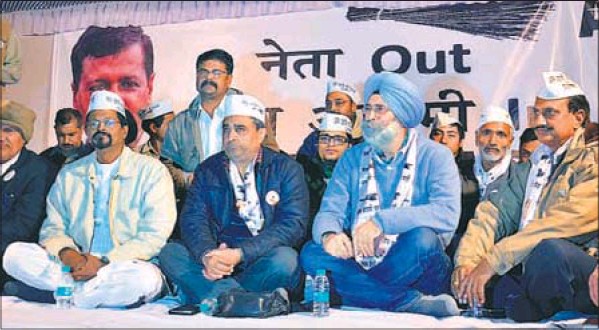 Senior lawyer and human rights activist HS Phoolka, who joined the Aam Aadmi Party (AAP) after paying obeisance at the Golden Temple on Thursday, demanded a CBI probe into the drug racket in Punjab allegedly being run by some politicians.

Phoolka, who was in Amritsar to join the party and participate in the rally organised by the party, said, “I personally feel that the drug racket has international links. It is very important to unearth it and a CBI probe is must.”

Phoolka, who has been fighting the 1984 Sikh genocide victims’ case, said, “Punjab definitely needs a change. Issues of corruption and drugs are ailing the youth here. The Congress, BJP and the Akali Dal have failed in tackling the menace and it is due to this reason that a party like AAP has been chosen by people.”

On contesting elections from Punjab, the senior lawyer said, “I have never thought about this. But I will abide by whatever the party asks me to do.”

“I had never thought of joining any political party. But the kind of revolution the AAP has brought in Delhi and the way people are supporting it inspired me to join the party. If things are not changed now, then they would not change in the next 50 years.”

“Punjab is drowned in corruption and drugs. A big change is needed and the AAP will fight for the cause of people,” Srivastava said. Claiming that 3 lakh people had already joined AAP, Srivastava said, “The party will definitely focus on Punjab and try to contest on the maximum number of seats. The number is yet to be decided.” Senior lawyer and activist HS Phoolka (second from right), along with AAP National Council member Ramesh Srivatsav (left) and other party workers, in Amritsar on Thursday.

After the Delhi polls, people all across the nation are joining AAP and this indicated towards the party’s credible image, he claimed. The AAP leaders while addressing a rally in Ram Bagh Gardens urged the people to support the party for clean politics.