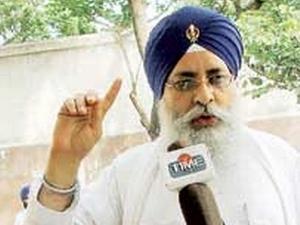 Comments Off on Compromise reached at Patna, says SGPC 323 Views

Amritsar, Punjab: The Shiromani Gurdwara Parbandhak Committee (SGPC) on Friday claimed that all differences between two factions of Takht Patna Sahib had been sorted out and an amicable working atmosphere had been once again created at this important takht in Patna town of Bihar.

The compromise was brought about by the five-member committee that had been appointed for this purpose by SGPC chief Avtar Singh Makkar on the directions of Akal Takht. The members of this committee include SGPC general secretary Sukhdev Singh Bhaur, executive members, Rajinder Singh Mehta, Karnail Singh Panjoli and Nirmail Singh and SGPC secretary (dharam prachar) Satbir Singh.

SGPC additional secretary Daljit Singh Bedi, in a release issued here claimed that, the compromise had been brought about between Takht Patna Sahib jathedar Giani Iqbal Singh and members of the management committee. The supporters of the two had come to blows on January 7 during a function on the occasion of the birthday celebrations of Guru Gobind Singh at Patna, the birth place of the guru.

Both the sides agreed to withdraw police complaints that they had filed against each other following the clash.