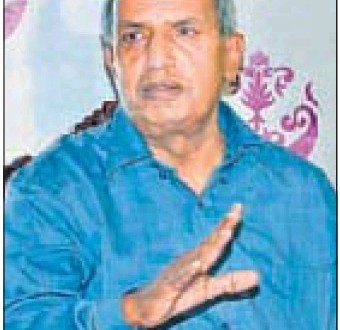 Comments Off on Clear your stance on Indira’s Darbar Sahib sacrilege: SAD to Capt 538 Views

“It has become imperative for the masses to know Capt Singh’s stand, because he has shocked everyone by his painful defence of Indira Gandhi’s White Paper on Operation Bluestar. Can you condemn Bluestar and praise the White Paper that justifies it, ”questioned Harcharan Bains, SAD general secretary and principal media spokesperson.

“The White Paper completely justifies the demolition of Akal Takht and other atrocities committed during the army assault. It denies any damage to the holy structures, including Harmandar Sahib and Akal Takhat Sahib. It does not even deem it necessary to use ‘Sri’ and ‘Sahib’ with the name of the highest seat of Sikh religio-temporal authority. The paper puts the entire blame for this tragedy on the Sikh community and even paints them as separatists, ”said Bains.

“We all know Captain Sahib resigned seemingly in protest against this brutal assault. Therefore, his justification of the version of Indira Gandhi is shocking and hard to digest, ”he added.

The SAD general secretary said Captain Singh’s description of the White Paper as “sacrosanct amounts ”to calling the attack itself “holy”.

“We are sure that Captain Sahib knows that only one of the two can be called holy – Harmandar Sahib or its aggressors. You cannot go to seek the blessings of Darbar Sahib and at the same time justify the demolition of Akal Takhat and the assault, which hurt the Sikh minds too deeply for words, ”Bains averred.

The Akali general secretary further said Captain Singh might not know it, but everyone could see that he had been sent here to get a clean chit for Indira Gandhi’s action. Bains said the SAD on its own was reluctant to raise any issue that reminded people of their deep wounds and revived bitter memories of the June 1984.

“But Captain Singh has himself brought Operation Bluestar at the center stage merely to get an endorsement for it from the people of Amritsar. If anyone one had any doubts about why he is here, he has himself removed those by justifying Gandhi’s bundle of lies against the Sikhs contained in her White Paper on this tragic and utterly foolish attack on Darbar Sahib, ”Bains maintained.

Previous: Phoolka writes to CM over ‘false propaganda’ against him
Next: Outgoing PM in demand in Punjab’s Sikh-dominated constituencies