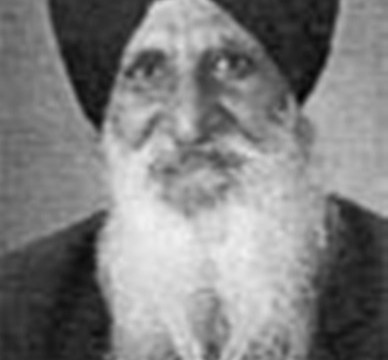 Comments Off on City-based scholar, philanthropist, environmentalist on ‘The Sikh 100’ list 711 Views

Jalandhar, Punjab: Jalandhar-based scholar, educationist and social activist Dr Raghbir Singh Bains has made it to list of the top 100 Sikhs in the world.

Founder and producer of the first of its kind “Encyclopaedia of Sikhism” on Multimedia Technology in the world which was released by the then Prime Minister of Canada in the Parliament House on December 11, 1996. Dr Bains is global record holder for “setting up five Multimedia Sikh Museums” in the world.

With Sikh tenets entrenched in his heart and a special eye towards the problems and needs of the young (across the world), he has worked against the menace of addiction, against human trafficking, prostitution and sexual exploitation and for the cause of propagating Sikh history in his efforts panning various countries.

Listed on the website as an educationist, his “Nishan-e-Sikhi Project” based at Khadoor Sahib is a silent educational revolution in the region, providing education to thousands of rural students at a very low fees and in a job-oriented manner.

Born and brought up in Punjab, he immigrated to Canada in the year 1990 and has been working to eradicate various social ills in India, Canada and in African countries as well. He now divides time between India and Canada annually.

Also a dedicated votary of propagating the loyalty to the mother tongue in India and abroad, he has been instrumental in installing Punjabi Street Signs in Punjabi Bazar Surrey-Delta, BC, to get Punjabi-speaking Community Police Station opened in Delta, BC, to help immigrants.

He also counsels incarcerated criminals in prisons voluntarily to rehabilitate them.

In Jalandhar, he has set up a group called the YAAD (Youth Against Addiction and Drugs) to work for the eradication of the evil of addiction in the region.

In Canada, he is also bridging the gap between new immigrants and hosting communities to build up mutual understanding by educating individuals in person or through his talk shows and writings. He has special skills in four languages and expertise in computer programme.