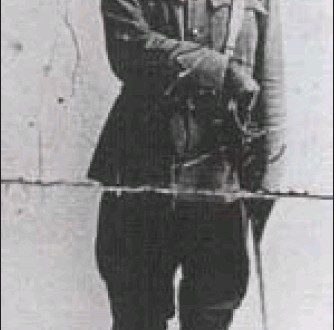 Sydney, Australia: After more than a hundred years, Bud Singh, one of many thousands of Punjabis who came to Australia in the late 19th or very early 20th century, is going to be the medium of New South Wales’ acknowledging the generosity of Sikhs.

Like thousands of his fellow countrymen and pioneer Indian Australians, he worked as a hawker, selling goods in small country towns, was much loved by the local community and always made generous donations to the local hospital or charitable organisations. But what makes him unique is that in the early 1900s, he was made a life member of the board of Camden hospital in New South Wales, and now in 2014, the hospital will hold a special ceremony to reinstate a plaque to honour him as one of its earliest benefactors.

Historian Len Kenna of the Australian Indian Historical Society has said: “Although numerous memorials of Sikh and Indian hawkers dot the countryside wherever you go in Australia, all of these were erected posthumously, after the hawkers died. Bud was acknowledged by the Yerranderie community during his lifetime, and so the upcoming commemoration at Camden hospital will acknowledge all of the other Sikh and Indian hawkers who contributed heavily to the development of Australia in the early 20th century.”

Born in Punjab in 1873, Bud Singh (probably “Budh Singh”) reached Australia in 1899. Initially, he carried his goods in a basket, and soon ear ned enough to buy a horse cart. He then opened a general store in Yer randerie, invested in the local tin mines and went on to become quite wealthy.

Nearly 30,000 Indian hawkers (mostly from Punjab, and Sikh generally) worked in country towns around Australia in the early 1900s. “Confor ming to the Sikh belief of offering your services to the community, 90% donated part of their wages to the local hospital. Bud managed to become a life member of the hospital board, and his name was painted alongside the who’s who of Yerranderie at that time. That in itself questions the White Australia policy as we know it,” observes the historian.

An account by Jack Stein states this about Bud Singh: “His name is on the plaque of Camden District Hospital to which he gave £100 a year. He was a gentleman, an ex-cavalryman in the Indian army, who lost one eye in an uprising in India.”

At 50, a very wealthy man, he went back to India in 1926, never to return. Maybe, his descendants are alive and well, back in India, so a search is on for them. The authorities auctioned this land in 1952 to recover unpaid taxes for the previous 26 years. Many people in Australia await the commemoration at Camden hospital in New South Wales, which is expected to be held sometime in May.