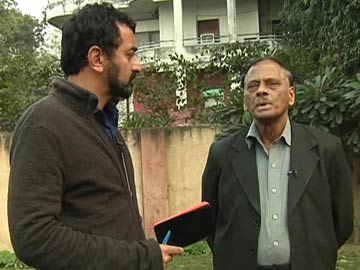 Comments Off on CBI may have come under pressure to give Jagdish Tytler a clean chit, reveals ex-official. 39 Views

New Delhi: In an explosive twist to the 1984 anti-Sikh massacre case, a former CBI joint director has told NDTV that the investigating agency may have come under pressure to give a clean chit to Congress leader Jagdish Tytler.

The CBI had on two occassions – in 2007 and 2009 – probed allegations that Mr Tytler had incited murderous mobs in Delhi in the aftermath of former PM Indira Gandhi’s assassination in November 1984. On both occasions, the CBI filed closure reports, claiming that the evidence against Mr Tytler was weak.

But Mr M Narayanan, who was one of the key officials in charge of the genocide case, says that there was sufficient evidence to continue to probe Mr Tytler, based on the testimonies of two witnesses who fled India to settle in the US.

He says the CBI went to the US in 2008, and “recorded the statements of Jasbir Singh and Surinder Singh. They said they were present in Gurudwara Pulbangash (in North Delhi) on November 1, 1984, and had heard Tytler provoking his men to attack the Sikhs in the Gurudwara and they also heard him saying that in his area there were less killings so he was provoking them. They also said there were four other witnesses and gave their names. The CBI team came back and submitted the report. I instructed them that all these persons named by them should be traced and examined, statements should be recorded.”

When we asked why, instead, the CBI closed the case, he said he retired soon afterwards, but he found out that the closure report came after “Tytler had come and met the officers of the CBI and had given a video cassette of Doordarshan footage showing he was present at Teen Murti Bhawan (where Indira Gandhi’s body was kept in state) that day and not at Pulbangash. The CBI also mentioned that after so many years witnesses had come up with Tytler’s name so they cant be believed.”

He said these are not credible reasons to close the case, since Mr Tytler could have slipped out of Teen Murti at any time, unnoticed by the TV cameras. He said the reasons for the witnesses delayed testimonies could be because they feared reprisals if they spoke out.

He says he suspects that Tytler was let off the hook because “it appeared that there was some pressure from him or people were influenced by his presence” at the CBI headquarters.

The trial court has ordered a reinvestigation of the case by the CBI. Mr Tytler challenged this in High Court and Supreme Court and lost.