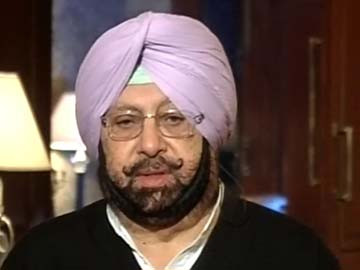 In a statement released here today, Amarinder said he could understand Sukhbir’s encyclopaedic ignorance about the Operation Bluestar as he was usually seen partying in the United States and other western countries at that time.

“But, I am surprised at the allegations of drug trafficking. He (Sukhbir) is the Home Minister and he should take action rather than levelling allegations against me.”

The former Punjab Chief Minister said it was a well known fact that the Congress government, led by Indira Gandhi, had taken the decision of sending the Army into the Golden Temple, which was wrong. “I opposed that decision then and I oppose it now but what about your father Parkash Singh Badal who gave his consent to the Operation Bluestar during a meeting with the then Union Home Minister PV Narsimha Rao. Till now, your father has not clarified his position on the issue,” Captain Amarinder Singh said.

Amarinder also referred to the role of the BJP, which “pressurised Indira Gandhi to take that action”, as mentioned by LK Advani in his book “My Country My Life”.