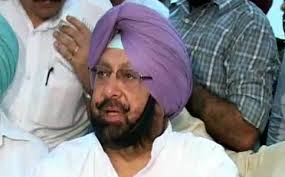 Chandigarh: Congress deputy leader in the Lok Sabha Capt Amarinder Singh on Saturday welcomed the Akal Takht edict calling for the cancellation of the Sunday congregation called at Amritsar by the Shiromani Akali Dal.

In a statement issued here, Amarinder said the Akal Takht had acted at the right moment while considering the urges and aspirations of the Sikhs across Punjab and Haryana. He said it was a historic directive by the Takht, which led to the easing out of the situation that was building up across the two states and had the potential of putting Sikhs against Sikhs.

The former chief minister hoped wisdom might have finally dawned upon those who were needlessly opposing the Haryana SGMC the genuine right of the Sikhs living there for personal reasons.


Wishing the newly constituted Haryana SGMC all success, Amarinder hoped that the ad hoc committee would ensure that the elections were conducted at the earliest and it was made a true representative body of the Haryana Sikhs. He also hoped that it would come up to the expectations of the people, who had struggled and fought for it.

Reiterating that the Centre was fully aware of the problem, Shanta Kumar hoped that a way out would soon be found. Punjab BJP chief Kamal Sharma also welcomed the move, saying the directive not only defused the escalating tension but also provided reprieve to the people of both states.

Previous: UK Sikh body call for fundamental review to strengthen Sikh institutions
Next: At venue city, sigh of relief for everyone