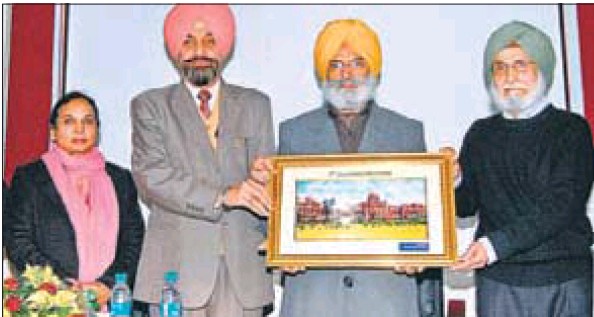 During his visit to the college, he depicted rare and exceptional paintings and pictures of the Maharaja and his era and shed light on the role of European officers in his court.

“Marwah has been advisor on various boards of prominent academic institutions in Canada and the ‘exhibition’ created by him was first mounted by the Sikh Foundation of Canada at Royal Museum, Toronto,” said Chhina.

He asserted that old painting records confirmed that Maharaja’s vast rule was secular and modern in character. “I request you all to preserve all those old pictures and paintings you have in household or in possession, as every painting and picture relates to the great history of Punjab and the Sikhs,” says Marwah.