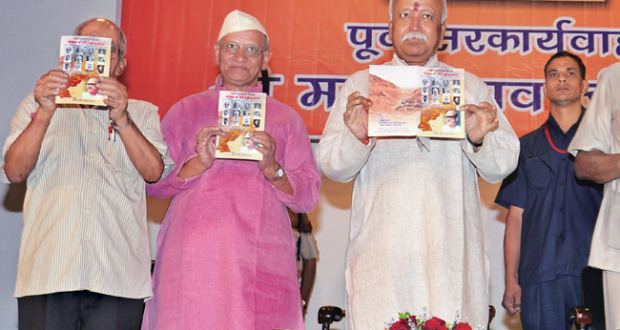 Amritsar, Punjab: After Haryana, the Bharatiya Janata Party is eyeing Punjab. The state will go to Assembly polls in 2017, and the party is gearing up to penetrate into the rural areas – the bastion of its ally, the Shiromani Akali Dal (Badal). And for that BJP is banking on the Rashtriya Swayamsevak Sangh (RSS). In recent times the Sangh has increased its activities in Punjab’s rural areas, running shakhas and organising camps to attract youths.

Moreover, RSS has revived the Rashtriya Sikh Sangat, its unit for the Sikh community. Observers say all of it will ultimately benefit BJP during the Assembly elections.

Keeping that in mind BJP has finalised its strategy to win support of the rural electorate. “The party has recently appointed separate office bearers for rural and urban areas. The rural wings have been asked to start working for party’s ‘mission 2017’. Rural party workers are meeting people. They will survey the supporters of other parties, besides seeking feedback about the working of Modi government,” a party source told MAIL TODAY. The party – which has strong base in Gurdaspur, Hoshiarpur, Amritsar, Jalandhar and Ludhiana districts – wants to spread wings in other districts as well.

Sources said activities of RSS have increased in about 200 villages of the state. Interestingly, RSS chief Mohan Bhagwat visited the state four times in recent times. A 20-day training camp was organised in Mansa in May this year. More than 400 frontline RSS activists, trainers and instructors attended a training camp. They came from Haryana, Himachal Pradesh, Delhi, and Jammu and Kashmir. RSS chief Bhagwat addressed the trainees aged between 18 and 40. It was for the first time when RSS organised a training camp in Mansa which is the traditional bastion of Akali Dal. On May 30, Bhagwat also met the head of a popular sect in Mansa.

Sources said RSS wants youths of Punjab to join the outfit. It is targeting the rural youths, in particular who are facing problems like unemployment and drug addiction. RSS is organising shakhas in the rural areas where no such activity was noticed earlier. RSS had even organised a camp in Malerkotla where a sizeable population of Muslims live. The organisation has also chosen border areas to promote its activities.

According to observers, RSS and BJP are leaving no stone unturned to please the Sikh community. It has already appointed two Sikh leaders in Delhi unit of the Sangat.