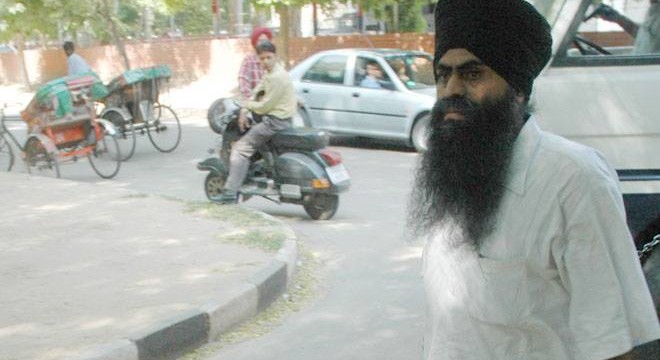 Bhullar deserves to be freed at the earliest, says Sukhbir

Comments Off on Bhullar deserves to be freed at the earliest, says Sukhbir 395 Views

Sukhbir said Bhullar deserved to be released soon. “Bhullar has been languishing in jail for more than two decades and is not in a sound mental state. He must be released at the earliest,” he said at Garhshankar near here on Monday.

Suspecting the Centre’s intentions behind its softened stand against Bhullar in the apex court, in which it had said that it had no objection if his sentence was commuted, Sukhbir said the timing said it all. “Whatever the Congress does, has a political motive behind it,” he said while talking to mediapersons on the sidelines of an election rally.

He accused the Congress of politicising the Operation Bluestar issue.
He said it was wrong to draw a parallel between Sikhs’ killings in 1984 and the Gujarat genocide.

“Gujarat witnessed genocide between two ethnic groups whereas what happened in Delhi in 1984 was a massacre of thousands of Sikhs,” he argued.

In a release issued here on Monday, SGPC chief Avtar Singh Makkar said the decision had come as a relief to the Sikh community and restored its faith in the judicial system.

Makkar said the SGPC had all along maintained that a person could not be sentenced to death just on the basis of his own confession, which is generally given under police pressure. None of the witnesses examined in the case had made any categorical assertion of Bhullar’s involvement in the bomb explosion at the All India Youth Congress headquarters in Delhi that killed several people, he said, pointing out to the “battle waged” by the SGPC and the petitions filed for getting the death sentenced commuted.

Radical group, the Dal Khalsa, in its reaction said the apex court had taken the right decision. Spokesman Kanwarpal Singh felt justice would be served only when Bhullar was set free.

2014-04-02
Guest Writer
Previous: More damage to fresco near Golden Temple
Next: A tale of two hijackers – One gets Congress ticket for fourth time and other is India’s most wanted.