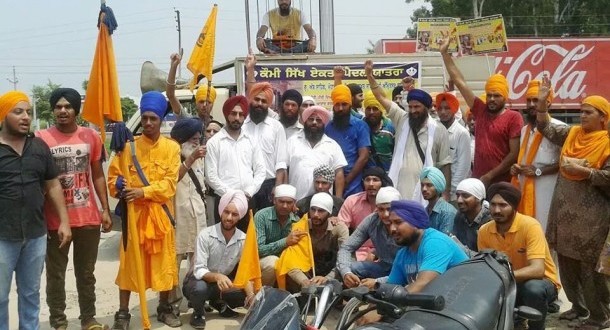 Ludhiana, Punjab: UDHIANA, Punjab (August 13, 2014)—Bhai Gurbaksh Singh Khalsa, who had come into the limelight last year when he held a hunger strike for the release of Sikh prisoners has termed August 15, India’s Independence Day, as a “Black Day” for Sikhs. Bhai Gurbaksh Singh is currently leading a foot march to Sri Akal Takht Sahib. The march started from Gurdwara Amb Sahib on August 10th and is currently on route to Akal Takht Sahib, where Sikhs will arrive on August 15 to do ardas to Sri Guru Hargobind Sahib for the release of Sikh political prisoners.

The march is being held to raise awareness on the illegal detention of Sikh political prisoners in Punjab, and other parts of India. Bhai Gurbaksh Singh has asked for the Panth to unite and shun their differences. He stated that this was an important time for the Sikhs to come together, as the community has been let down its leadership and the Government.


He said that the march has been purposely planned to arrive at Sri Akal Takht Sahib on August 15, the day when the entire Indian Nation will be celebrating its independence day. He said that August 15 was a day of slavery for the Sikhs. The march continued in Ludhiana despite hot weather. Bhai Gurbkash Singh’s feet were swollen, but he continued walking along with a number of other Sikh youth with more joining him along the way.

Previous: Bhattal takes on SAD on HSGMC
Next: Over 50 Gurdwaras to meet in Washington to shape Sikh Image in America 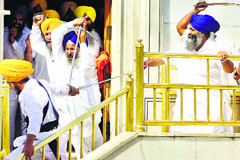 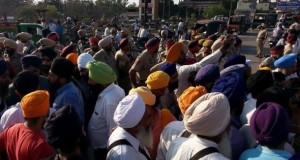