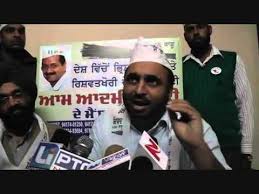 A former aide of People’s Party of Punjab chief Manpreet Badal, Bhagwant had quit the party and joined the AAP reportedly after Manpreet decided to side with the Congress. He is now the AAP nominee from Sangrur.

“Bhagwant had sent me a message that he wanted to join the SAD. But I turned down his request,” said Sukhbir while launching the campaign of SAD candidate from Sangrur Sukhdev Singh Dhindsa.

Gurcharan Singh, maternal uncle of Bhagwant Mann from Kharrial village (near Sunam), also joined the SAD on the occasion.

While appealing to the gathering to participate in the electoral battle, he termed Congress’s manifesto as “a document of scams”. He said the SAD would release its “development-oriented” manifesto next month.

Regarding some Congress MLAs joining the SAD, he said “they would join the SAD after April 2 as the Akali Dal had stopped them from doing so for the time being”.

About the SAD (Longowal) support to the Congress, he alleged the family of Surjit Singh Barnala was already in the Congress as the latter had got extension as Governor from the Congress government in the past. He also accused Barnala of sending police to Sri Harmandar Sahib during his regime in the state.

Interestingly, the presence of AAP candidate Bhagwant Mann in the election fray dominated the speeches delivered by many speakers.