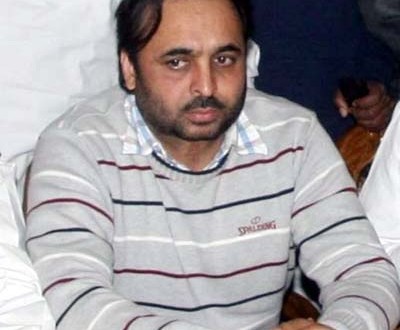 Chandigarh, Punjab: Bhagwant Mann, who has decided to part ways with People’s Party of Punjab chief Manpreet Badal, today said he would join the Aam Aadmi Party (AAP) on March 3.

Mann is the likely AAP candidate from Sangrur Lok Sabha constituency. Opposed to the PPP’s alliance with the Congress, he said he would send his resignation to Manpreet tomorrow.

Opposed to the PPP’s alliance with the Congress, Mann did not participate in the PPP’s central committee meeting here yesterday.

“For me, politics is a mission and I am not here to make my career. I am committed to the ideology of cleaning up politics by fighting corruption, communalism and other ills that ail our mainstream parties,” he said.

He said he could not support the PPP alliance with the Congress, the party they had fought against in the last assembly elections.

“I was doing well as a comedian and a TV artiste but I gave up my career and joined the PPP at Manpreet’s insistence… he had taken oath at the memorial of Shaheed Bhagat Singh to fight against the corrupt political forces,” he said.

2014-03-02
SSNews
Previous: Fremont Gurdwara Gears Up for Elections
Next: US Federal court ok’s Sikhs for Justice plea to send notice to India’s PM