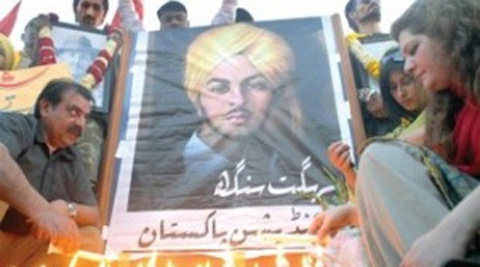 Lahore, Pak: Legendary freedom fighter Bhagat Singh’s ancestral house, school and his village in Pakistani Punjab will be restored under a Rs80-million project.

“We have allocated Rs80 million for restoration of the house and school of Independence war hero Bhagat Singh. The amount will also be spent for the uplift of Singh’s village where clean drinking w ater is not available and drainage system is in bad shape,” Faisalabad District Coordination Officer Noorul Amin Mengal told Indian media.

Mr Mengal said that people in Faisalabad “take pride in the fact that Bhagat Singh was the son of their soil” and want the place to be known as “the town of Bhaghat Singh”.

The celebrated revolutionary was born September 28, 1907 at Bangay village, Jaranwala Tehsil in the Faisalabad (then Lyallpur) district of the province.

Singh’s village, Bangay, some 150 kilometres from Lahore, would also become a tourist attraction for people, especially Indians, once his house is restored by this year end, he added.

“Singh’s village is just 35 kilometres from Nankana Sahib. It could be another point of attraction for the Sikh pilgrims,” he said.

The government has also planned to shift Singh’s belongings from Faisalabad Museum and Library to his house, he added.

Bangay has a population of 5,000 people. Bhagat’s two-kanal house is owned by advocate Iqbal Virk. “We will certainly buy the house from the advocate,” Mr Mengal said.

On March 23, 1931, following his trial for involvement in the ‘Lahore conspiracy case’, the British government hanged him at Shadman Chowk, aged 23.

The Punjab government had decided to rechristen the Fawara Chowk to Bhaghat Singh Chowk in October 2012.

The plan, however, was put on hold after the report of renaming drew objections from some quarters. 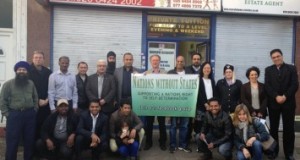