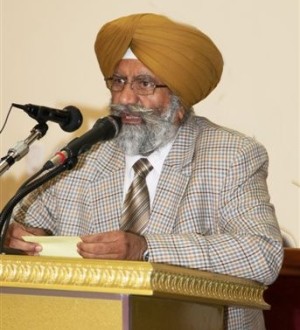 The president of Brookside Sikh Temple in Surrey, B.C., has been charged with aggravated assault, while his wife remains on life support after being attacked over the weekend.

Baldev Singh Kalsi, 66, leader of the Gurdwara Sahib Brookside near Surrey’s Bear Creek park, was taken into police custody after his wife was found in severe medical distress at their home in South Surrey on Sunday.

Kalsi’s wife is in hospital in critical condition on life support, according to a tweet from the Integrated Homicide Investigation team Monday.

“Well absolutely. It’s the talk of the town, and this gentleman has been charged and it’s a really, very serious issue and as a community we have to think about these issues.”

CBC contacted Brookside Temple who confirmed Kalsi’s arrest and that his wife is named Narinder. The temple had no further comment to make at this time.