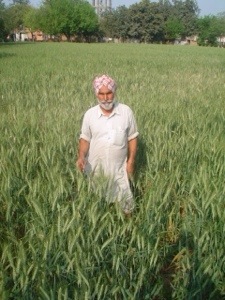 Patiala, Punjab: Amid the CongressSAD political war to take credit for the decision of reservation for Jat Sikhs, the ‘backward class’ (BC) tag has not gone down well with the Jat Sikhs of rural areas. They feel it has hurt the ego of the Jats, who felt proud of being called so.

There is a common feeling that Jat is the central theme of the Punjabi culture and even films and songs glorify it. But, suddenly, it has slipped into the backward category, eroding its status.

The BC tag to a general category earlier has also hurt them in the sense that in some villages, Jat Sikhs didn’t allow backward class members and dalits to visit their gurdwaras.

“Because of dirty politics, we have slipped from the top to bottom. Jats were at the top of the ladder of the social system, but we are nowhere now. Instead of brining Jat Sikhs into the BC category, the government must have included them in the economically backward general class,” said Dal Khalsa spokesperson Kanwarpal Singh Bittu, while adding that “casteism doesn’t figure in Sikhism, but politics is working against the teachings of Gurus”.

Sociologist Rajesh Gill, Professor of Social Science at Panjab University, said, “It was bound to happen (hurt of ego). Actually, for the last three decades, the Jatt word was very much glorified and youngsters feel proud of being Jats, despite the fact that 90 percent Jats are under debt. It would take time for them to accept the BC tag. But it was need of the hour”.

“Hell with heroism in the film industry. For me the BC tag is okay. Jats are glorified in films, but actually they have lost everything and are under debt due to ever-decreasing profit of farming,” said singer Pammi Bai, who has sung many songs on Jats and related issues.

He said that maybe the future of the film industry would suffer, but Jats will get benefited with the tag, which is need of the hour as our bright students do not get seats in professional courses or jobs because of the advanced general category.