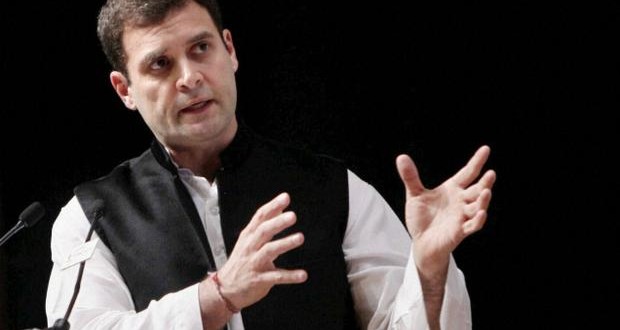 Ask UPA to act against guilty: SAD to Cong VP

Comments Off on Ask UPA to act against guilty: SAD to Cong VP 420 Views

Chandigarh: The SAD today said the Congress vice-president (VP), Rahul Gandhi, should ask the UPA Government at the Centre to take decisive action against party leaders who had led the “1984 Sikh genocide”.

In a statement, senior Akali leaders Sukhdev Singh Dhindsa and Balwinder Singh Bhunder said the Sikhs all over the world were closely watching Rahul Gandhi’s actions.

“Rahul has admitted that Congress leaders were responsible for the anti-Sikh purge in Delhi and elsewhere in the country but has stopped short of taking any affirmative action, arguing that he was a young boy at that time,” the SAD said.

In Amritsar, Revenue Minister Bikram Majithia today demanded an apology from Congress vice-president Rahul Gandhi for allegedly admitting to the “involvement” of some party leaders in the 1984 Sikh genocide.

Talking to mediapersons on the sidelines of an event, Majithia said, “Being a member of the party responsible for genocide, Rahul should have expressed his regret and at least a word or two of sympathy. But he blatantly refused to apologise.”

He alleged such behavior was not suitable for a politician eyeing the prime ministerial post.

Majithia said if Rahul could be instrumental in raising the number of subsidised LPG cylinders from nine to 12, he should also show his capability by bringing the guilty of the 1984 anti-Sikh violence to book.